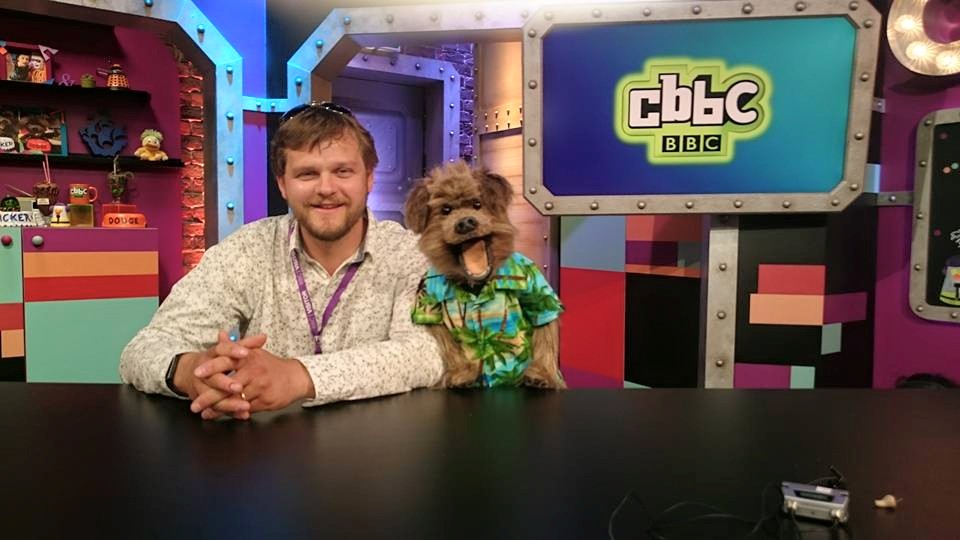 This is Us: Mat Overton

I started as a Media Technology & Production student back in 1999, graduating in 2002. In 2005 I returned to the University of Bradford as an AV technician in what was then the School of Informatics, and am now a specialist technician in broadcast, audio and video. Mainly, I support teaching in filming and television as well as manage the equipment loan service in the Faculty of Engineering and Informatics. Over the years I have run online broadcasting for the wider university through high profile lectures, hybrid events and graduations. In July 2007 I launched live broadcasts of our graduation ceremonies. In those days we produced DVD’s for sale as well as a live feed. It started out a little bit crude, with overflow audiences watching on a pop up screen and projector in the small hall using a cable routed through the false ceilings and taped under doorways from the dressing room behind the stage! We moved on to producing USB sticks, but since we started offering short personalised stage clips of the individual graduates, no one wants to buy a full ceremony, so our main remit is a live feed for the Horton Barn, and viewers on the web.

Personally, I spent a lot of lockdown on shared parental leave. My wife works in the NHS so she was originally planning to take several months off. Instead, she went back to work and I spent those months off at home looking after a new-born. So for me lockdown was looking after a child which I would have been doing anyway, so I just carried on really.

Over the past year, there has been a huge leap in demand for virtual and hybrid events, and so I used the opportunity to completely reset our television studio and looked at ways to improve the university’s online presence. Being a broadcast specialist, it was horrible to see so many Zoom interviews on TV with terrible lighting and camera angles. And I knew as a university we could do better; we could make events look good online. I started out doing a couple of sessions in the TV studio for our academics, who were delivering online sessions to schools and colleges via Zoom meetings. So I fed these from our OB set up using the same cameras they use for “BBC News” and “The One Show” instead of small webcams. Suddenly participants were nicely lit, they had a lovely backdrop, and the sound quality was great. It looked like a beautiful broadcast and it up’d the game against every other university competing for a virtual audience. From that, I started working with the events team to offer more high profile events, such as the VC hosting University Court from the TV and a COVID research event with Prof. John Bridgeman. In April 2021 we delivered the Unify Festival which is a whole week of live events. With the Unify festival, there was an opportunity to reset everything, for example, delivering virtual events on campus involved considering social distancing which meant extending the set, re-rigging the lighting, and I built a new fly-away kit in the room next door to the studio so that the broadcast could be operated (almost) as a one-man-band. One person controlling the cameras and floor-managing the studio along with myself in another room managing sound, video, and Zoom feeds.

Another project I’ve been working on has been to create a live virtual Open Day experience with the recruitment team. We have a second small TV studio with a Bradford skyline backdrop used for small events, and I built a new dedicated TV studio gallery especially for this. Previously we used to wheel a trolley of kit into the studio next door, but it’s become so useful it needed it’s own permanent setup. It’s been great a I’ve installed a 4 channel Broadcast quality Skype box, so we can bring participants in directly from Skype or Teams without having to rely on switching / spotlighting callers over the same Zoom meeting we’re broadcasting over. For the open days, we have been doing our own live talk show, positioning 4 “roving reporters” in different locations around campus, where they were able to talk about the facilities in areas such as the Unique Sports Centre and Theatre In the Mill and going on to interview students about their experiences. The work on this has been ongoing, as I’ve been tweaking the setup, and making improvements throughout the semester for different events.

Back in 2010, the TV studios were down at the Media Museum, and we were looking at moving the studios onto the campus. It was suggested that we look at having an outside broadcasting truck rather than a gallery, mainly as a way to cut down on space use. I wasn’t 100% sure about the idea to begin with as we would need something of a substantial size in order to accommodate teaching staff, students and a technician. I looked around online and found a lorry for sale which had been used for slow-motion replays – a video playback truck for Sky Sports. Between myself and our lead television lecturer Chris Hazel, we spent a lot of time pulling out old video cables and things to converted it into an OB truck. When we were then asked by the BBC if we could hold a regional Question Time, hosted by Harry Gration from Look North for the 2015 General election, it really made the project worthwhile. I was very proud of that, as I don’t think many university students around the UK get to deliver prime time BBC One content! Since then, we’ve done Children in Need from Bradford, Halifax, Chesterfield, Scarborough as well as a second general election Question Time and a Brexit referendum special from Bradford. I feel especially proud of the Brexit broadcast because it was chosen to go out nationally on the BBC HD channel.

I’ve really missed my “jollies out with Pudsey” for Children in Need in the past two years, which were cancelled due to Covid. Whilst they’re a lot of hard work and stressful with all the complicated technical requirements and pressure to deliver live TV, it’s very rewarding to stand back and feel like a spare part when we go live, knowing that after all the prep on campus, and two days of rigging on site that it’s all working and there’s nothing more I need to do (until the derig).

We were doing a general election broadcast in Halifax in 2017. We squeezed the OB truck as close to the venue as we could. The BBC had hired in a camera crane to do some nice sweeping shots, and these two lads were trying to lift this great big heavy camera base past the OB truck to get it into the building. I realised they were going to struggle getting it past the steps of the truck and so dashed over to lift up the steps, and got my fingers trapped. In the rush I had picked up the steps in the wrong position and it was extremely painful but at the time they were already behind me, so I stood there in agony as they carried the camera past me! There wasn’t that much blood, but I did end up with a bandage around it for the next few days.

Not much to say, if I’m not doing video related stuff, I’m generally chasing around a flock of chickens at the bottom of the garden. We decided to get chickens a couple of years ago, and the eggs were very handy during the lockdown! One of the chickens, Ginger, is a complete liability. Shortly after we got her, she got an eye infection, so we ended up with an expensive vet’s bill and a one-eyed chicken. Another time, she got stuck behind the chicken coop as she was dashing to get away from the heavy rain, plus she’s forever falling out of the coop. She’s a complete calamity.

This is a difficult question. It made me think about a story about one of our Palestinian graduates. Given the situation over there, none of his family could attend the graduation ceremony, so his brother set up a projector in the village hall and the whole village turned up to watch his graduation. It’s a lovely story. When delivering live events, it’s sometimes disappointing to see a low turn-out online given the effort that goes into making it possible. But as a result of this story, I always think back to the impact it can have on viewers, as you never know who the viewers are, how many could be watching just one stream, or why they are online rather than attending in-person. 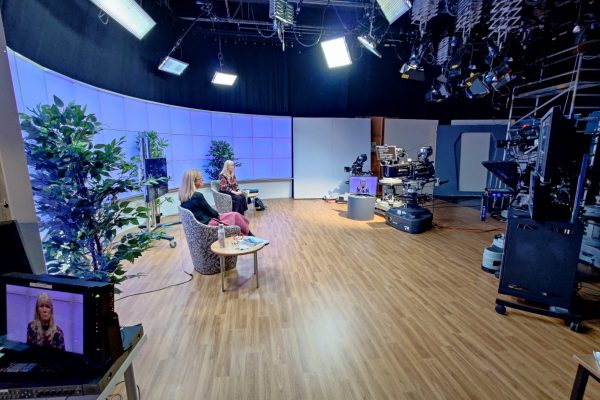 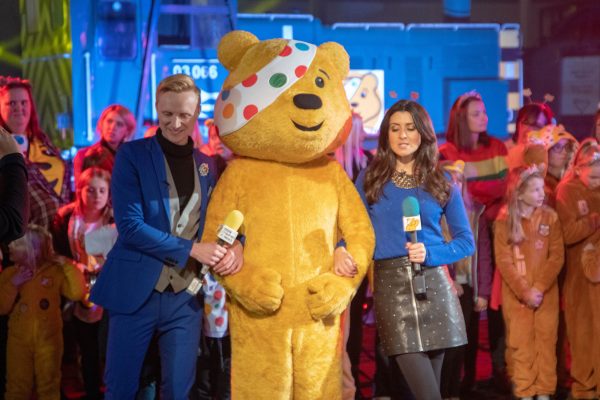 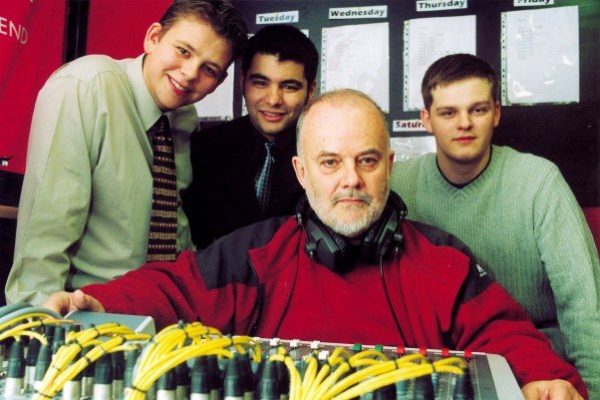 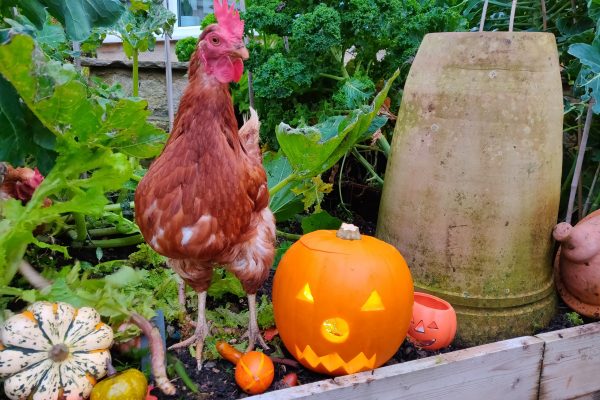 It’s another difficult one, I often think I’d love to go into the past with modern technology and video-record what it looks like, for example, see Bradford 100 years ago in high definition. However, I would choose the future, I’d be interested to see what the planet is like.

What keeps me awake at night is that I have no confidence that governments around the world will put enough effort into solving the climate crisis. Relating to your previous question, I’d be interested to see what we are left with, in the future. What kind of planet will future generations have to live on?

“Would you like me to take the tea bag out before I add the milk?”. It’s a bugbear. We’re supposed to be a nation of tea drinkers and tea lovers!

If you enjoyed getting to know Mat, you will love the rest of the ‘This is Us’ series. Check out my previous chats with Inshaal and Kate, and stay tuned for more coming soon!