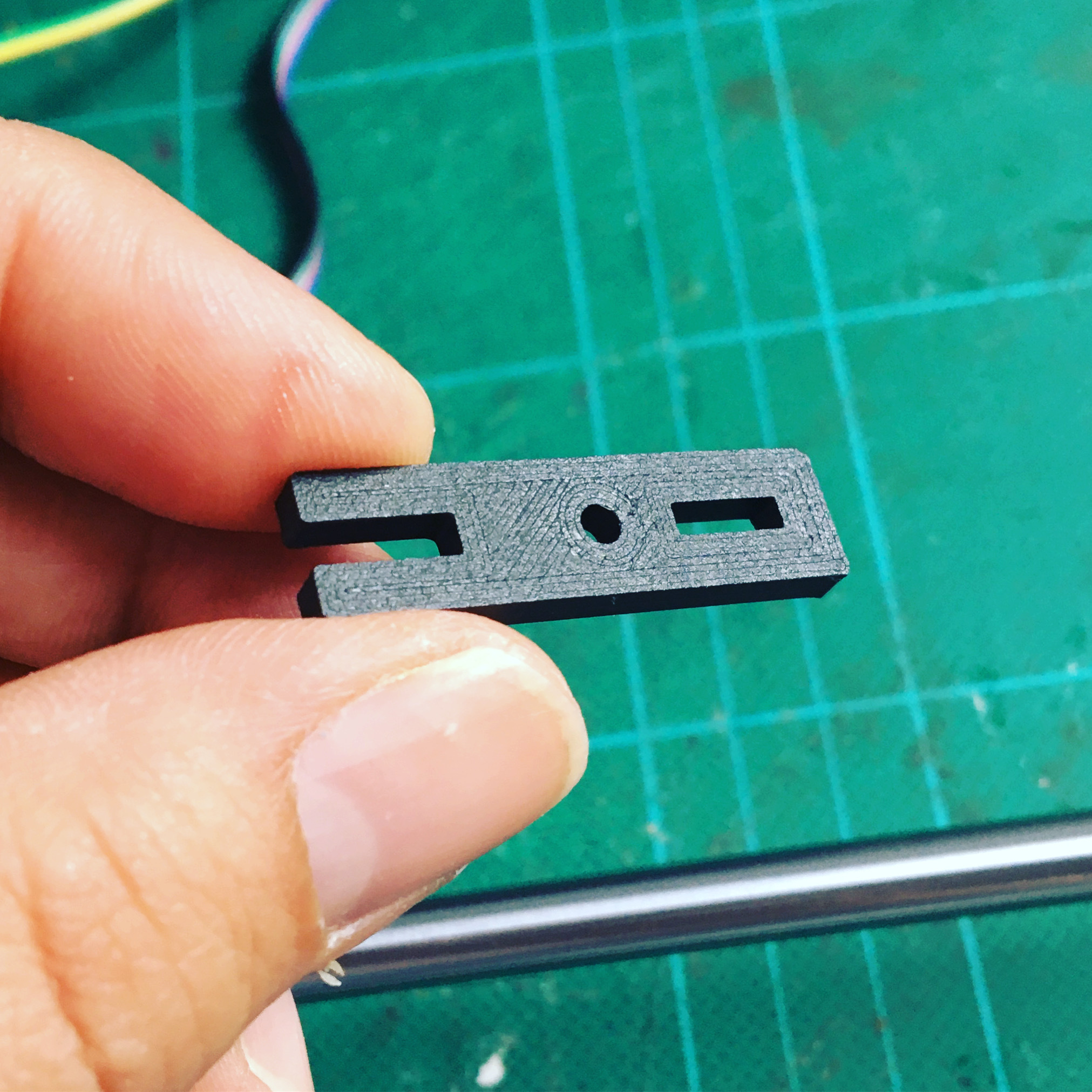 At the start of lockdown in March, I took a bit of a leap into the unknown and acquired a 3D printer. We’d been talking about it at TIM for a while. We tend to get excited about technology and how we can apply technology to creative practice. I had a vague idea about what 3D printers were capable of and a similarly vague idea about how I was going to use it.

From the outset it’s been a steep learning curve, as anyone who’s ventured into 3D printing will tell you. Most machines need to be assembled to some degree by the end user, regardless of how user friendly and easy to set up they claim to be. There is however a huge community of users and modders with more tutorials than one human can watch in a lifetime, so there is plenty of support out there.

If you know all about 3D printing or are bored easily, skip to the end. For those of you who don’t know how 3D printing works, the dominant technology is called FDM or Fused Deposition Modelling (or sometimes FFF  – Fused Filament Fabrication) which basically means that prints are built up in layers by shaping a melted plastic thread (or filament) into the shape of each layer. The size of the filament is typically 1.75mm and this is heated and squeezed through a 0.4mm nozzle. The thickness of each layer can be varied to alter the quality of the print. For example, printing at 0.12mm layer height will lake longer to print than a 0.28mm layer height, but will appear to have finer and crisper detail and a more even surface.

Like any chemical or physical process, temperature is the major factor that affects the behaviour of the print and how well it works. The temperature that the filament is heated too, the temperature of the ‘bed’ that the print is built onto and the rate of cooling of the print all have an affect. There are a range of different filaments that can be used with varying mechanical properties, but PLA is a bioplastic that’s become the dominant material for most users.

3D models created by users or downloaded from a number of resource websites (thingiverse.com for example) need to be processed by software called a ‘slicer’ (eg. ‘Cura’) into slices which correspond to the individual layers of the final print. These layers are encoded into a language called ‘G-code’, which is common to any machine that moves a toolhead around a 2D or 3D space e.g. 3D printers, CNC machines, laser cutters and plotters. G-code includes commands for movement in three dimensions, acceleration and deceleration, as well as switching heaters, extruders, fans, lasers, lighting and servos on and off.

I’d been familiar with the use of 3D printers in the prop and cosplay scene for a while but was surprised how much of a valuable tool the 3D printer has become within my own artistic practice and work. The joke amongst experienced 3D printer users has been that your first 20 or so prints will be upgrades to the printer itself and this proved to be true. Once I’d hacked the printer better, the next few prints were life hacks – door wedges, a bird feeder, brackets and fittings. After that I started on larger projects and discovered one of the most exciting aspects 3D printing, that of being able to manufacture other tools and machines. So far I’ve 3D printed a wind turbine and an enclosure for solar panels to power externally sited micro controller projects. With the addition of stepper motors and bearings, I’ve 3D printed a pen plotter and a robot arm, both controlled with arduinos. Additionally I’ve made props and costume items both for personal projects and as commissions.

The revelation has been the speed with which projects can be prototyped, tested, tweaked and redesigned, and produced. My fastest turnaround was for an part that took 30mins from conception to holding the still warm part in my hand, including time for 3D design and slicing. In terms of cost, the technology is cheap enough for many to afford – a standard Ender3, the now ubiquitous entry level machine, is about £150 but other makes and models are even cheaper. Raw filament, whilst varying in quality can be bought relatively cheaply too. This opens up a massive democratisation of design, engineering and manufacturing. Skills needed can be relatively self taught, and both the footprint of the equipment and the additional equipment needed are minimal.

It’s likely that in the near future TIM will be investing in 3D printer technology for the use of artists and makers and as an educational resource for the local community. The challenge is how we can facilitate that access to 3D printing. Amongst the 3D community, printers tend to be highly modified and adapted based on the needs of the user. We need to make printers available as a community resource and balance the needs to safeguard the equipment, protect the health and safety of users, but more importantly facilitate the journey of learning, modifying and tinkering that current users experience. It feels like it’s also important to acknowledge that technologies such as this are inherently inaccessible to most, because of the prerequisites in terms of science and technology skills. This means that many people would need assistance and support getting started with 3D printing. Given our mission at TIM lies at the intersection of representation and technology, allowing more people to get involved with a technology that is democratising design and fabrication is something we should be investing in. As an organisation committed to an thinking and working ethically in as broadly a way as possible we also need to develop time to the environmental impact of printing. As the plastics industry owns up to the minimal efforts globally to process and recycle plastic there are some successful examples of reclaiming and recycling 3D printed plastic material. TIM could and should be part of that solution if we encourage others into 3D printing. 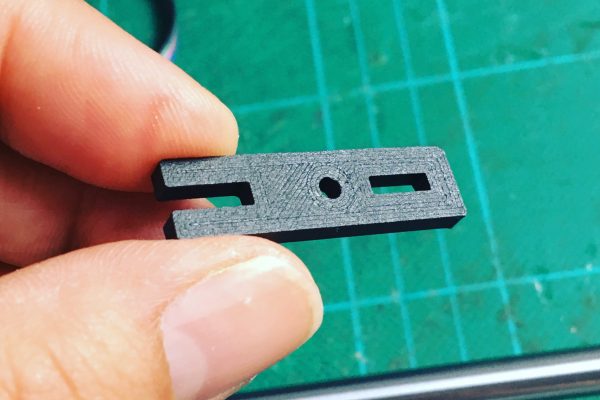 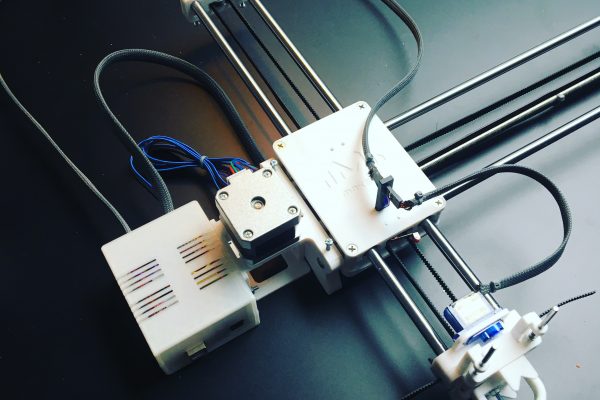 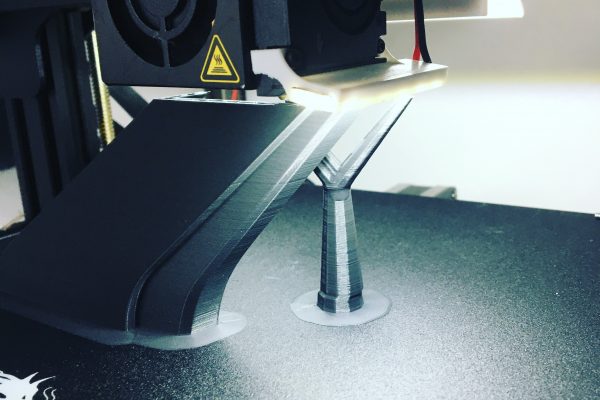